Gogreen Participate On Post Cop26 With Cleanup And Advocacy Walk

Gogreen Participate On Post Cop26 With Cleanup And Advocacy Walk

The GoGreen Initiative was represented at the post COP26 event coordinated by Friends of City Park and Youth Green Society on 6th November 2021. Different youth groups with a common desire to make our world better took time to walk from the Nairobi metropolis to the surburb of High Ridge where City Park is located.

The sun and elements of the temperate climate notwishtanding, they were joined by a team from Optiven which was representing the Foundation under the Environment pillar. The beads of sweat in the sweltering heat, the curiosity of the onlookers wondering ‘what is happening?’ and the sheer determination of the police to escort the team which included the Kenya Forest Service, was all part of the efforts to make our world a better place.

The team of walkers took the time to encourage the public to take action after the COP26. For some it was time to understand what the Glasgow conference was all about. The COP26 was held this November to set a precedence in the way forward with regard to the future of our planet.

The event was an offshoot of the 2021 United Nations Climate Change Conference, otherwise known as COP26 – the 26th United Nations Climate Change conference, held in Glasgow, Scotland, United Kingdom. The conference was attended and represented well led by the Head of State President Uhuru Kenyatta who was hosted with other delegates between 31 October and 12 November 2021, under the co-presidency of the United Kingdom and Italy.

During the conference Kenyatta was among leaders to convene Cop26 event on Africa’s crucial role in tackling climate crisis. The high-level event discussed how private and public sector investment in regions can help preserve crucial carbon sinks.

To meet the global goal of net-zero by 2050 will require deep cuts in pollution along with protecting regions of rich biodiversity including across Africa. The global importance of protecting Africa’s carbon-rich natural landscapes was central at the United Nations Cop26 climate summit. 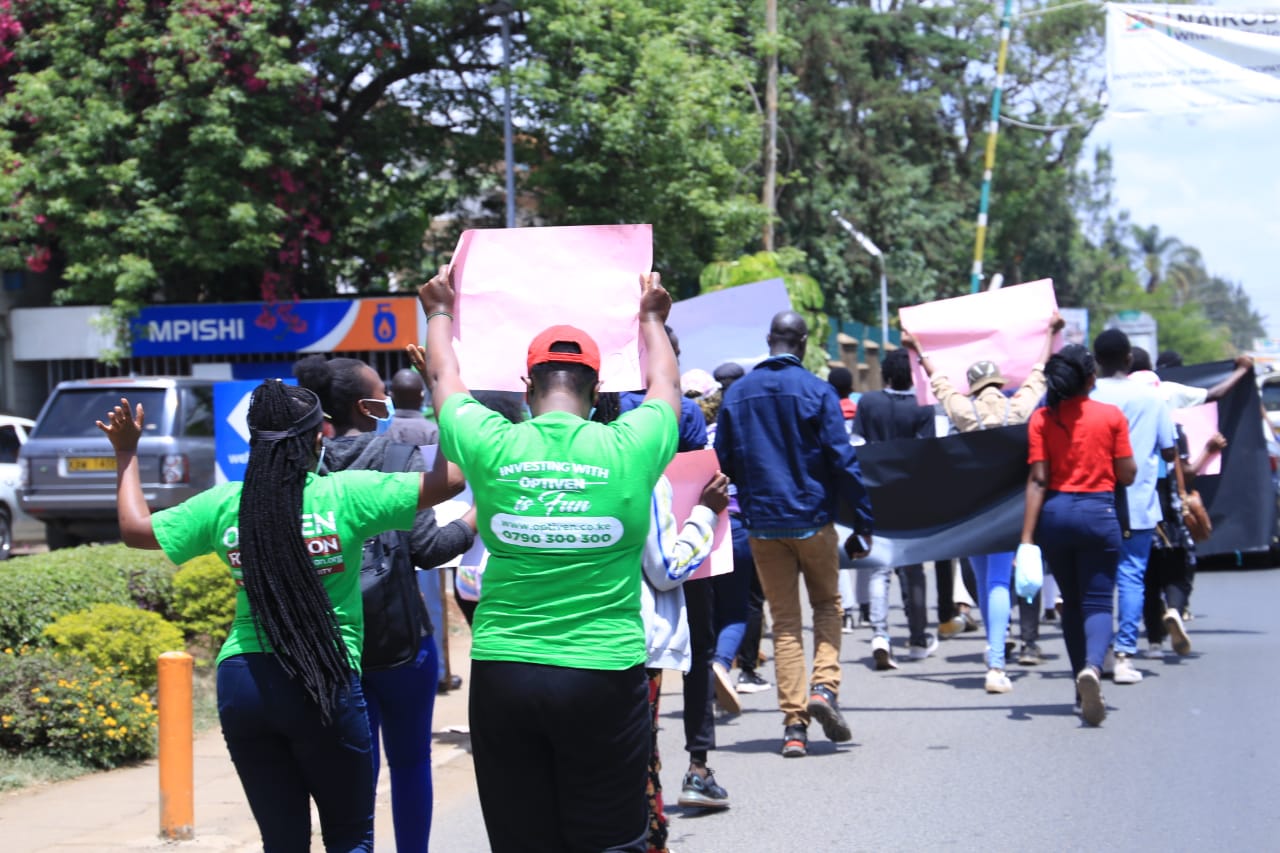 The Kenyan President Uhuru Kenyatta and Evgeny Lebedev discussed how private and public sector investment in these crucial carbon sinks is vital to combatting the climate crisis. President Kenyatta is a member of the Giants Club along with the presidents of Botswana, Gabon, Uganda, Mozambique and Rwanda. Lord Lebedev, a shareholder of The Independent, is the Giants Club’s patron.

And a week after the Cop26 event which featured contributions from the heads of state, or their senior representatives, from all the Giants Club countries, the GoGreen Initiative and Youth Green Society took time to show how action can be done to help the climate crisis. The responsibility for the planet is on a day to day basis everyone’s responsibility.

From cleaning up after what we use, to taking care of waste disposal and planting trees to offer carbon sinks in our environment, that is the change that must happen. While the leaders have called for the need to preserve Africa’s carbon sinks if we are to stand a chance of saving our planet, on the ground work must continue to achieve this goal. Together, African governments, the private sector and the global community can help to sustain Africa’s natural habitat – and combat climate change.

It is these steps that will draw attention to the value of Africa’s carbon sinks and launch a focused initiative to fast-track the development of carbon offset sectors across the continent through the launch of national investment processes. For example to meet the global goal of net-zero greenhouse gas emissions by 2050 will require deep cuts in pollution along with restoration, conservation and protection of natural carbon sinks such as peatlands and forests.

According to Dr Pacifica Ogola, director of Kenya’s Climate Change Directorate: “We must start our journey to a greener world today. We do not have the luxury of time. Going green is a privilege and not a sacrifice. It is a journey to a healthier and abundant future. We only need to shift our mindsets.” What will you do to help mitigate and save our planet?

ABOUT THE GOGREEN INITIATIVE

The GoGreen Initiative by Optiven is a stimulus under the Optiven Group Foundation which works on different pillars including environment. Through GoGreen, Optiven Group and its subsidiaries have engaged in a number of activities and interventions towards a better planet.

At the Real Estate company, trees have been planted in thousands on their projects while renewable energy interventions such as solar energy have been included on the projects. The company has also worked with communities on advocacy on cleaning the environment through proper waste management and planting trees. For more information log on to www.optivenfoundation.org.