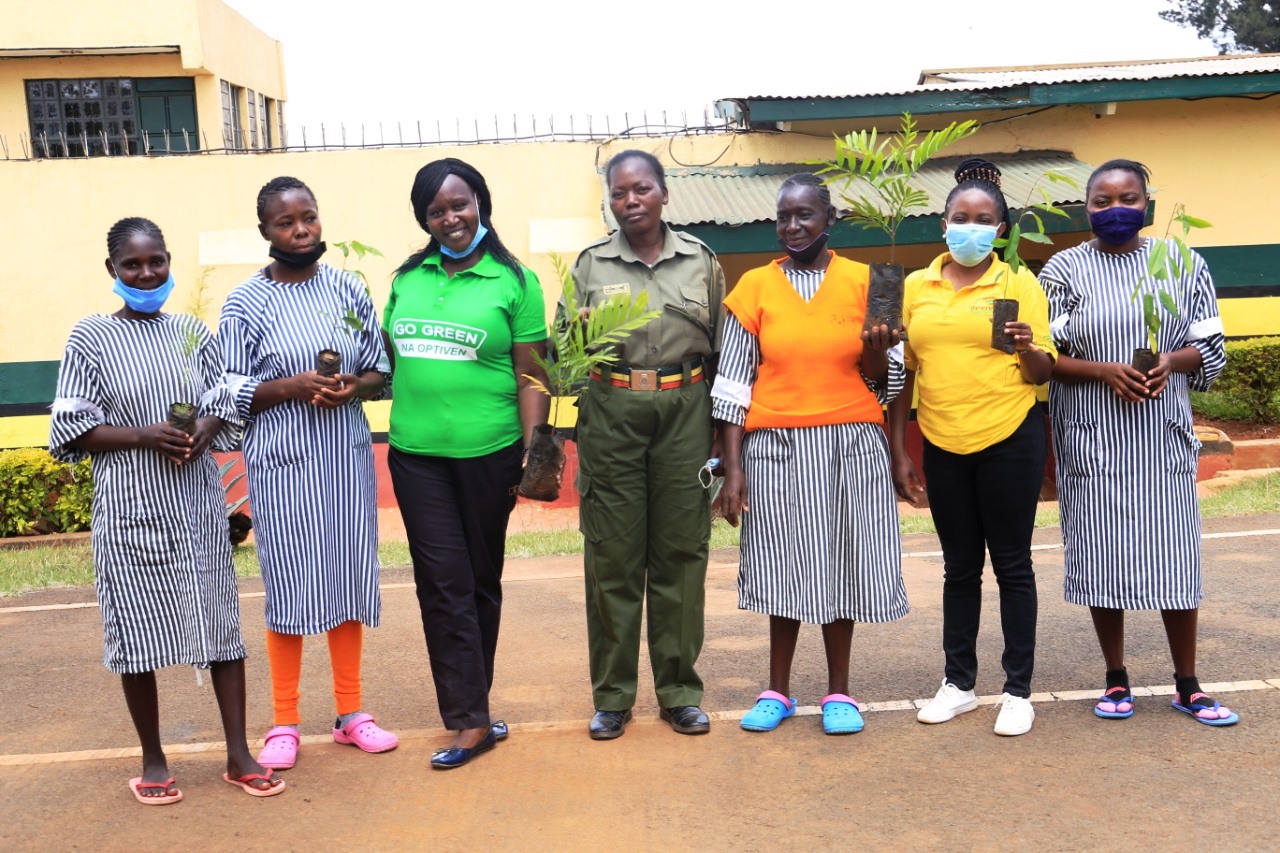 A lot has changed since the Covid 19 pandemic arrived in Kenya and this is the situation with the visit to Lang’ata Women’s Prison. Previously, a dance and a serious hugging session complete with a lot of celebration would have been the norm. But the prison is calm and quiet as the inmates go about their business, masked and hushed in their tones, literally minding their own business – serving their sentences for different convictions.

On the front door we meet Madam Rhoda, a collected soul and pretty soft spoken to be of such a key authority as to lead th prison complex. “We have over 500 inmates here with a staff much more than that residing on this campus. While Covid 19 has stopped the number of activities we used to have for the inmates, we continue to be hopeful that the situation will change for the better.” She was speaking to the Optiven Foundation team when she hosted them at her office in Lang’ata.

Ahead of the International Womens Day 2021, the Optiven Foundation team was at the Lang’ata Women’s Prison to make different donations specific to the needs of the women and children in the prison. This year, the theme for International Women’s Day which is celebrated worldwide on the 8th of March, is “Women in leadership: Achieving an equal future in a COVID-19 world,”. 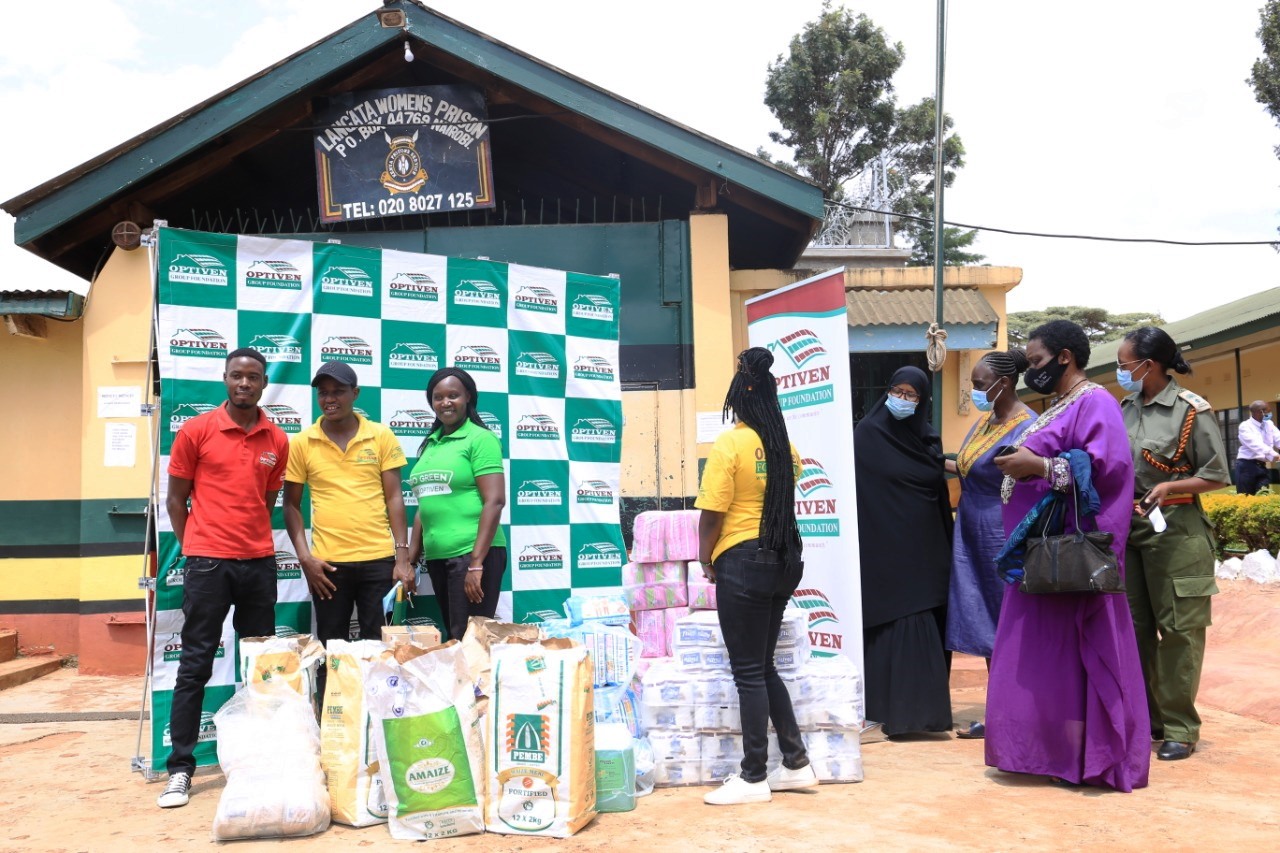 Through this theme, the world will celebrate the tremendous efforts by women and girls around the world in shaping a more equal future and recovery from the COVID-19 pandemic and highlights the gaps that remain.  Speaking of the visit to Lang’ata Women’s Prison, George Wachiuri, the Chairman of the Optiven Group Foundation advised that the women in prison are still core part of our society.

He advised that as part of the Foundation objectives, women such as these also require to receive some comfort especially amidst the anxiety of being in prison during the Covid times. Women’s full and effective participation and leadership in of all areas of life drives progress for everyone.

Yet, women are still underrepresented in public life and decision-making, as revealed in the UN Secretary-General’s recent report. Women are Heads of State or Government in 22 countries, and only 24.9 per cent of national parliamentarians are women. At the current rate of progress, gender equality among Heads of Government will take another 130 years. 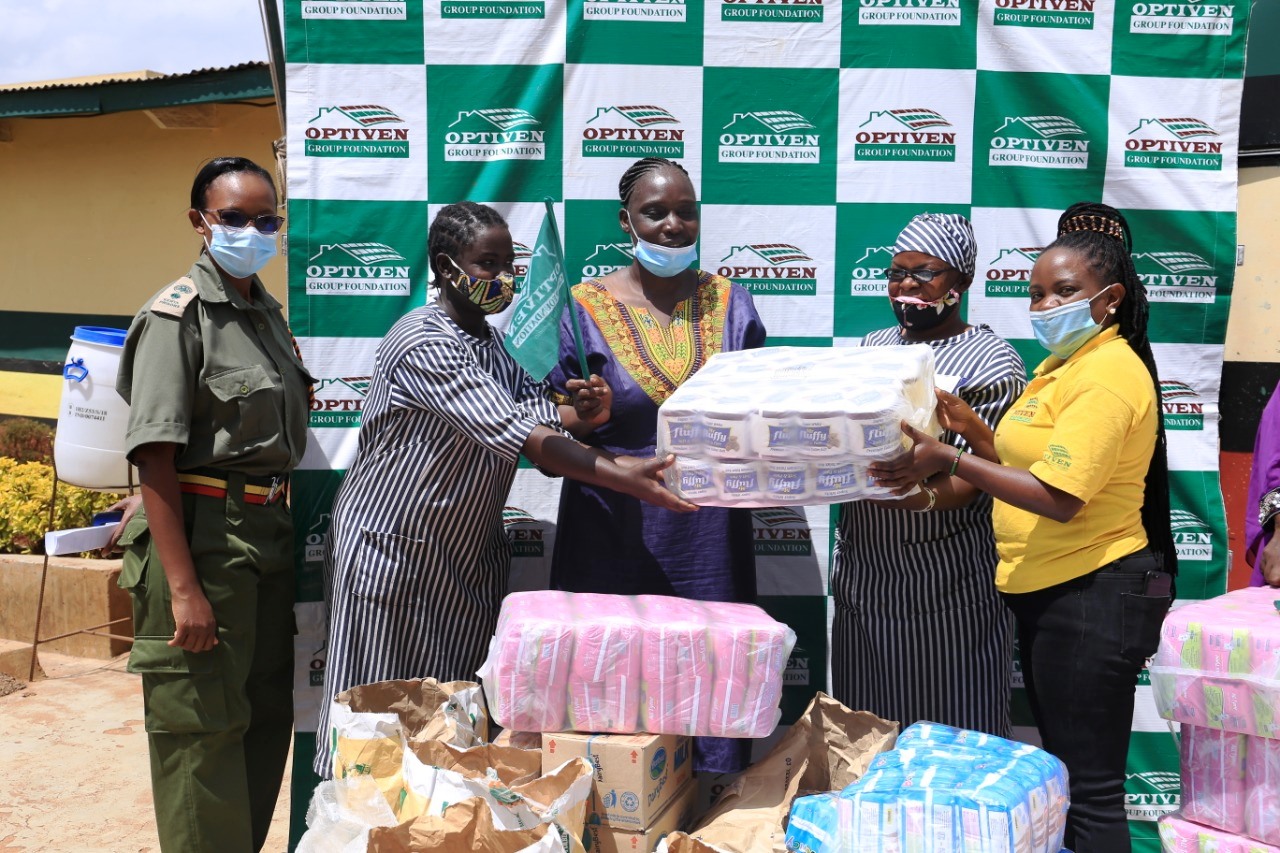 Overcrowded, unsanitary – sharing washing facilities, toilets, beds and blankets – women are often subject to prison violence, even though many are already victims of abuse and assault themselves. Their specific needs for reproductive health are often overlooked – their rights as mothers are disregarded and they are often prevented from seeing their children except those in prison with them.

In Kenya there is rising hope in prison. The Lang’ata Maximum Security Prison, Kenya’s main facility for women is setting the pace forward. On site, there is also a separate remand prison where women can spend many years waiting for trial and sentencing.

Unable to afford legal representation, unfamiliar and intimidated, many women will be unable to see justice served. They will be simply have to accept what’s decided about their case, whether that’s unfair sentencing for something they did do or being imprisoned for something they didn’t. Some will learn to weave, learn cake-making or perhaps accountancy.

They will hope to serve out their sentence and leave with more than they came in with. Some will take the law into their own hands and find themselves right back in the prison.All this thanks to the legal skills through APP’s Justice Changemaker Programme where the prisoners are receiving basic legal awareness and handling the cases of others.

To be a part of the Transformation