Dubbed #FeedOneMore, the donation drive was aimed at cushioning families in need of food support to survive the harsh times. According to Wachiuri, “the current economic situation has made it difficult for majority of people to afford a minimum of three meals a day owing to unemployment, unreproductive agriculture or a lack of economic capability.” He noted that through the Poverty Eradication Pillar of the Optiven Group Foundation, there has been food drive activations before but this 2022 the situation has been dire based on the requests received through the Foundation. Over 300 families were at the event held in collaboration with the Kakululo Destiny Life Church where they received generous food rations of maize, beans, salt, sugar, rice and lentils.

Speaking in Kakululo where he also issued TVET Scholarships to needy tertiary students, Wachiuri advised that the Optiven Foundation has been in the food donation space before and during Covid 19 upsurge, the foundation launched a new initiative with the aim of empowering the less fortunate in the community. 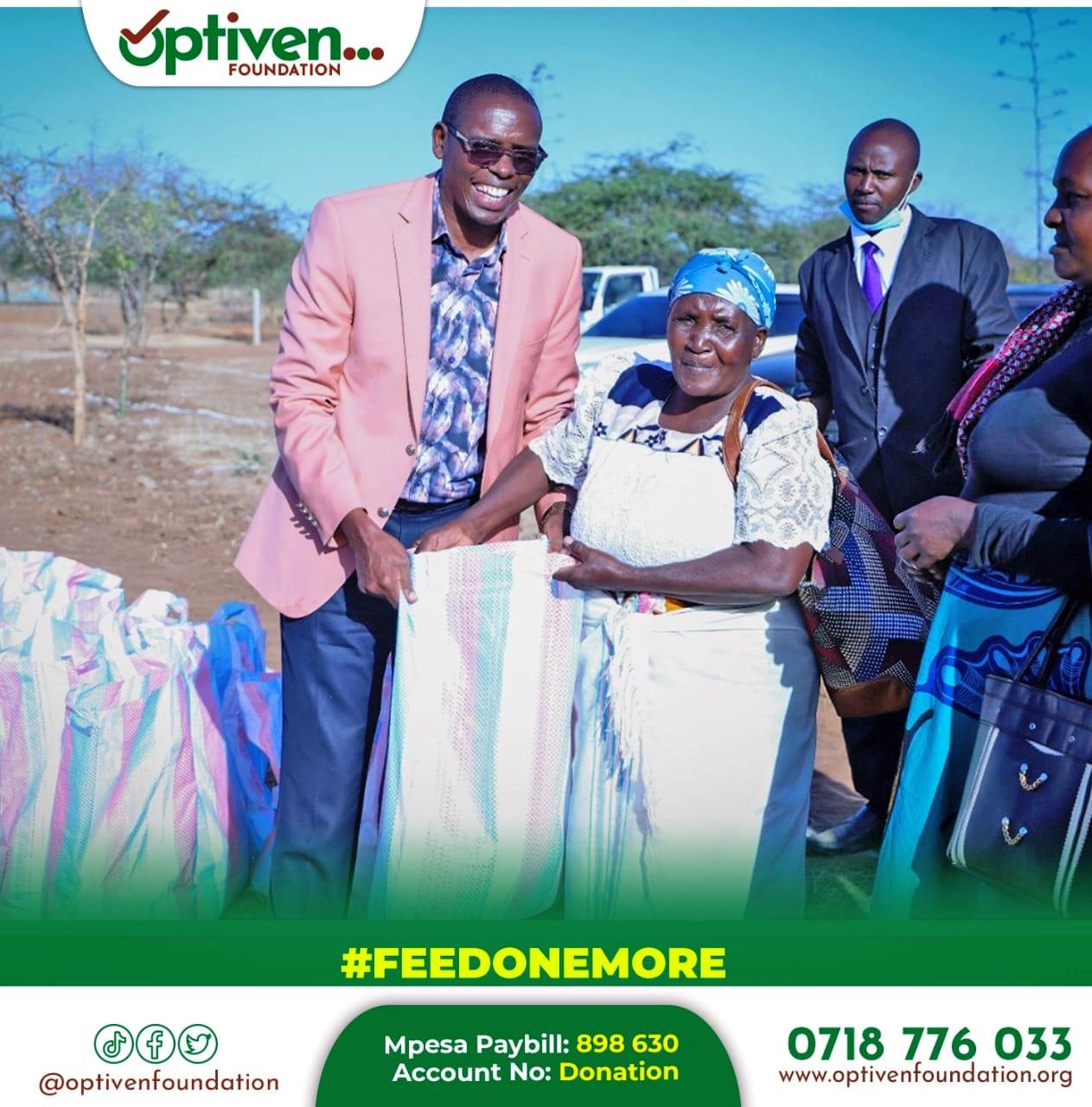 The initiative dubbed #SpreadTheHOPE was activated in informal settlements within the greater Nairobi where the Optiven Foundation offered food support and stipends to families in need. Wachiuri thanked the customers who invested with Optiven Real Estate noting that their investment is what made it possible for the most needy in the society to get much needed support.

The Optiven Group Foundation has also partnered with the Jubilee Christian Church via a donation of Ksh 100,000 /= towards drought intervention in Marsabit and Moyale respectively. The Optiven Group Foundation will continue to support and welcomes partners to donate.

For more information call us on