Optiven Intervenes in Drought Mitigation For Marsabit With Donation

Optiven Intervenes in Drought Mitigation For Marsabit With Donation

Kenya is at present experiencing a lengthy drought that has affected various towns in the Northern part of the country. Optiven Group Foundation, Charman, Mr George Wachiuri led the company in giving a donation towards the drought mitigation through its #FeedOneMore intervention which aims to effectively cater for a population of over 200,000 people in Marsabit County. 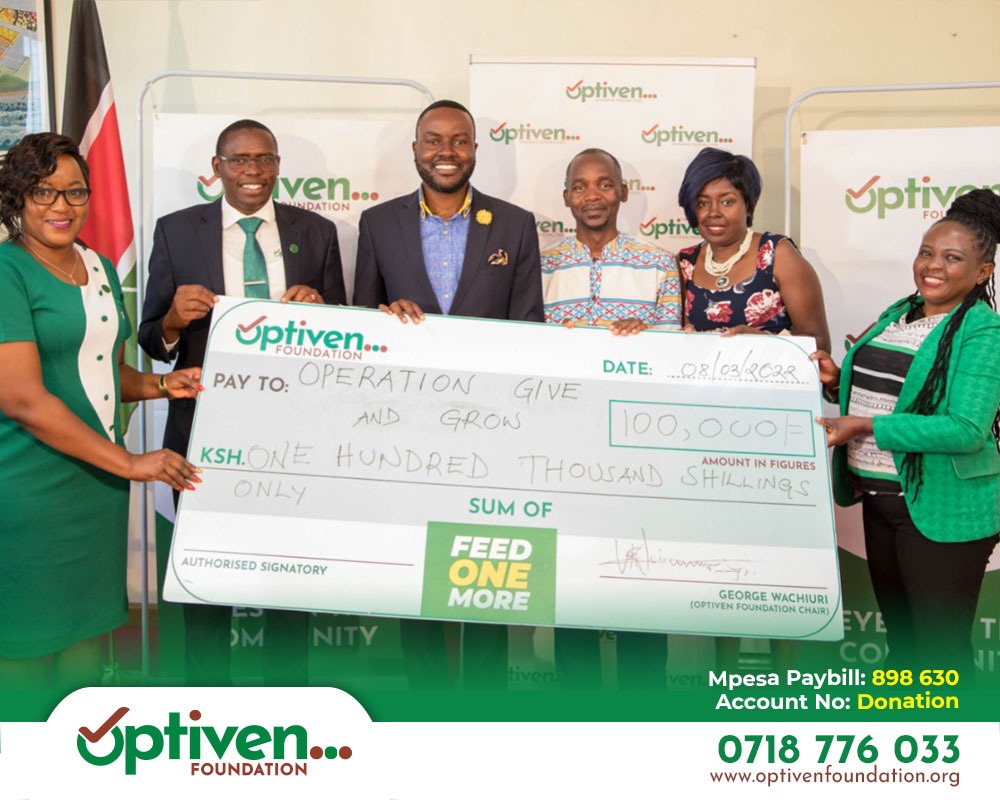 The move came amidst government disbursement of over 537 million shillings by the National Drought Management Authority to over 99,494 poor and vulnerable households in Marsabit, Wajir, Mandera and Turkana counties. 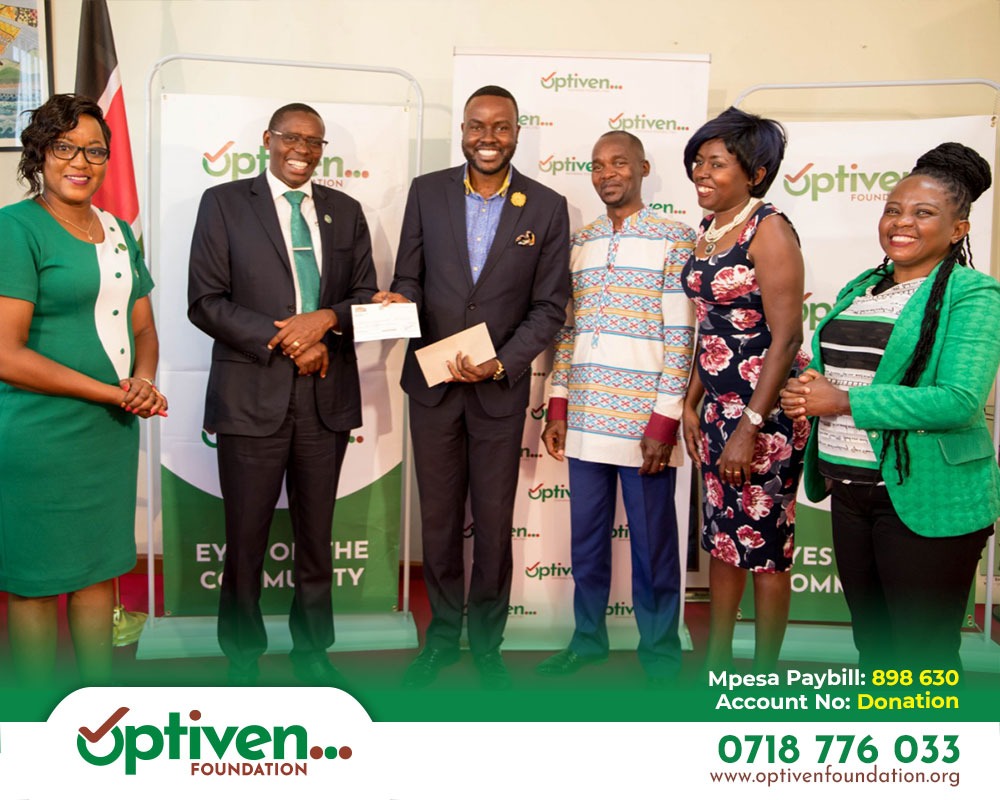 In 2017, Optiven Group Foundation rolled out a similar initiative to help feed the people of Samburu during which time the foundation donated 2 million shillings. The foundation also stepped in to provide much needed food aid to the people of Ngatataek in the year 2018. 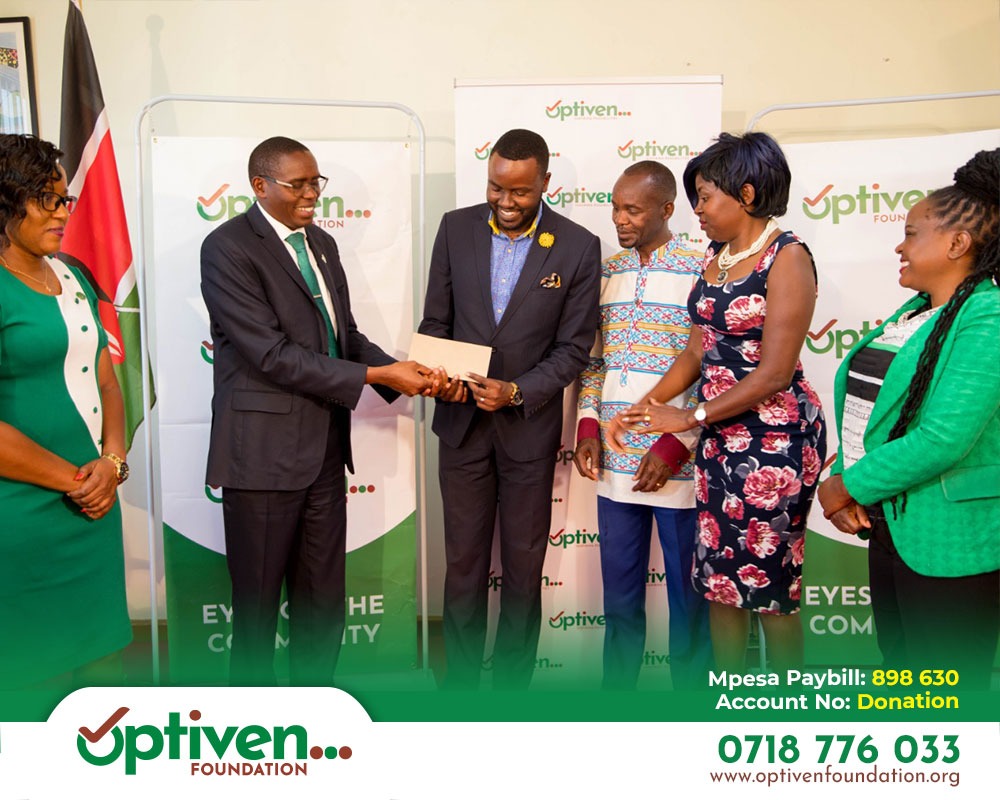 The success of the initiative was part of the donations received from the staff who skipped lunch in order to feed one more while 5% of the profits from Optiven Real Estate also came in very handy. The current drought has been occasioned by three consecutive dry seasons as Kenya is among the countries that depends on rain-fed agriculture. 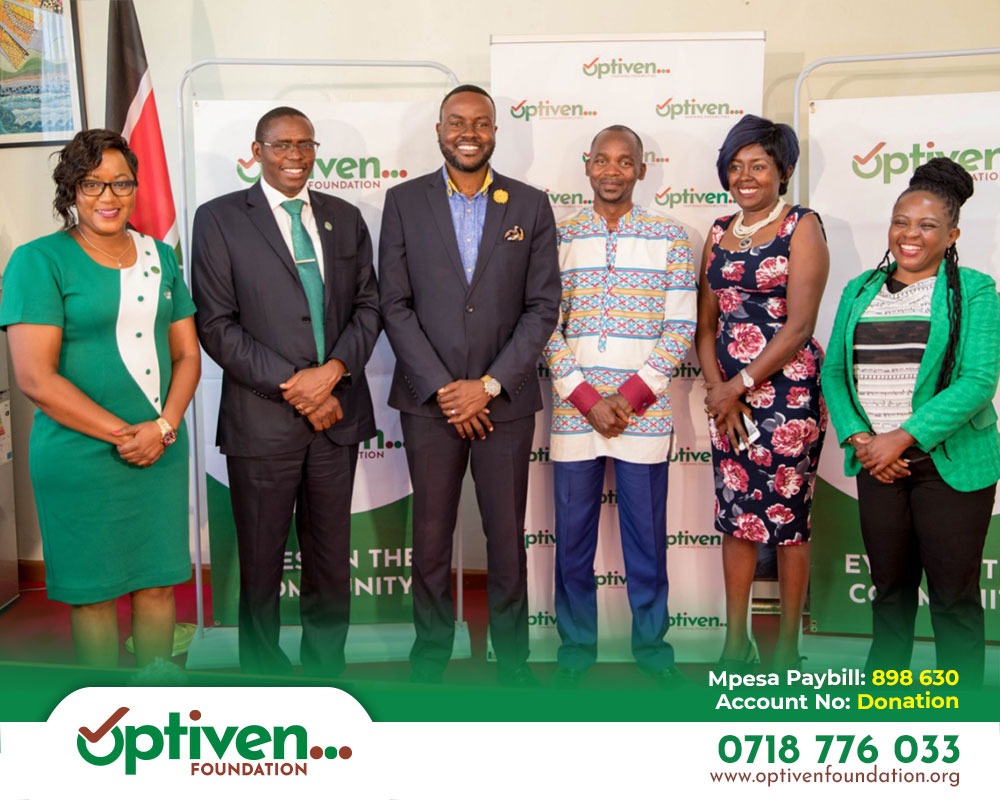 With failed rains as a result of climate change, the government has called on stakeholders to invest in afforestation to increase forest cover. Through the Optiven Group Foundation, the company has been working with and advocating for greening of the community through embracing renewable energy, planning for green living, increasing tree planting and using waste management on it’s projects under it’s environment pillar.

Cognizant of this immense need for humanitarian action in Marsabit County, We are honored to be a part of this activity and invite you to Partner in this noble social action at this time. We appeal for Food donations which should include maize meal flour, rice, cooking oil, beans, green grams, salt, long life milk 250ML, Corn Soya porridge or Wimbi & 20kg carry bag/sack.

Share your generous support towards this relief intervention using